In the past, I’ve done some mic repair work for friends. It’s a hit-or-miss affair… sometimes I can fix them, and sometimes I can’t. For example, f a problem lies within the head of a lav mic, it’s pretty much toast… there’s nothing anyone can do except replace the entire thing. But sometimes the fault lies at the connector, or somewhere along the cable.

In cases like this, I can bring a dead mic back to life. Generally speaking, about half the problems I see are fixable.

Stick and condenser mics are easier because of their larger size, but they can have more mysterious problems. If the trouble is intermittent- that is, sometimes it works and sometimes it doesn’t- the chances of me being able to repair it are kind of slim. Same thing if it’s a newer mic with surface mount electronics or lead-free solder. These I usually pass on to the dealer, where they will often just toss the bad mic and send you a new one. But if the company or model is no longer in business, then I can give it a try.

So here’s the deal… send me your mic along with a DETAILED description of the problem. I’ll take a look at it & determine whether or not I can make a repair.  If I can’t repair it, I’ll send it back to you at no charge (except for the shipping cost.) If  I think I can fix it, I’ll attempt repairs for $50 plus parts (either a new cable or connector… usually around $7-$12). Contact me via email and we can discuss it further.

Also, I’ve recently been doing some small- and large-diaphragm condenser mic builds and mods… email me if you’d like me to work on one for you. 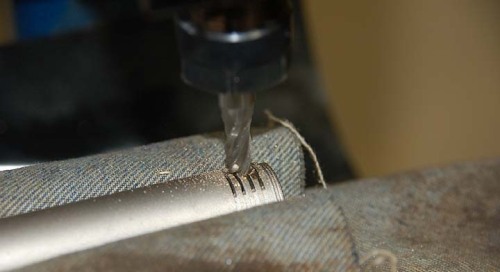 Increasing the back vent area with my Taig milling machine. (Taig tools are the perfect size for machining microphone parts, BTW.) 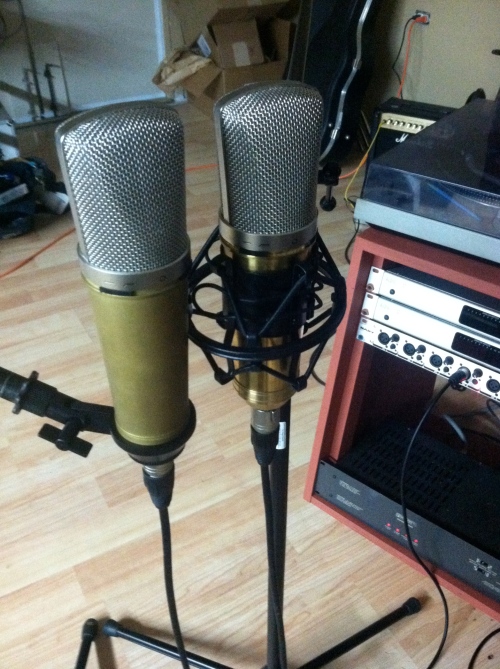 Two of my large-diaphragm condenser builds, for sale at $190 each.